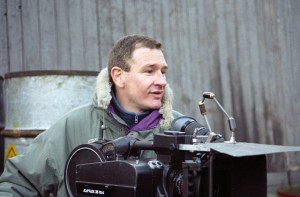 A long-time collaborator of Roman Polanski’s, award winning Polish cinematographer Paweł Edelman will discuss his creative practice. His work on The Pianist won him Best European Cinematographer at the European Film Awards 2002, César Award for Best Cinematography and was nominated for an Academy Award and BAFTA. Edelman has expertly lensed many films over the last 20 years, including, Kroll (1991), Oliver Twist (2008), Katyń (2007) and Carnage (2011).

Paweł Edelman was born on June 26, 1958 in Łódź, Poland. He majored in film studies at the Cultural Studies Department of the University of Lodz and studied cinematography at the PWSFTViT Film School in Łódź, from which he graduated in 1988. Besides feature films, he makes advertisements and short films.