THE PAINTERLY ANIMATIONS OF WITOLD GIERSZ 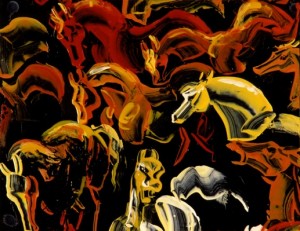 One of the masters of Polish animation, Witold Giersz, will be presenting his acclaimed films and the UK premiere screening of his latest work, Signum, an animated cave painting using traditional materials, inspired by Paleolithic art at Lascaux and Altamira. Best known for his painting on film technique, Giersz’s films are full of compassion and humour. They are also marked by their artistic quality: whether creating an animated oil painting or applying expressive strokes of colour directly onto the film stock, Giersz is clearly a master of his materials.

Followed by a Q&A with the director Witold Giersz chaired by journalist Alison Frank.