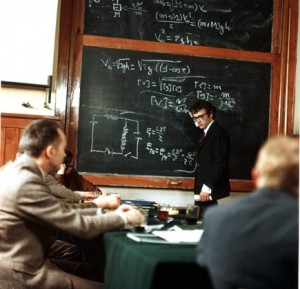 Illumination is defined in the film as the moment of enlightment… but is the human mind capable of learning the truth? Under the banner of the cinema of moral anxiety, whose practitioners included Kieślowski and Wajda, Zanussi creates a visually complex, perceptive and compassionate examination of the essence of knowledge and truth. This film became a defining event for a whole generation in the Eastern block and went on to win the Golden Leopard, FIPRESCI Award, and Prize of the Ecumenical Jury at the 1973 Locarno Film Festival.

The screening will be followed by a Q&A with the film’s director Krzysztof Zanussi.