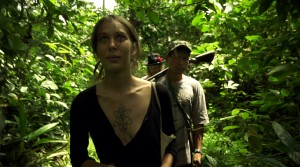 From the streets of Berlin to the depths of the Amazon, together they are on a planet-saving mission to buy a piece of forest and save the indigenous peoples from the sick, sick West. The film will be released across the UK by Dogwoof Pictures on the 19th of April.