ACROSS REALITIES: THE FILMS OF WOJCIECH BRUSZEWSKI 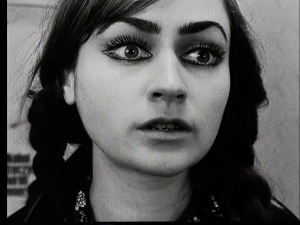 A retrospective of pioneering Polish film and video artist Wojciech Bruszewski (1947-2009), Across Realities, curated by Łukasz Mojsak of the Filmoteka Muzeum — part of the Museum of Modern Art in Warsaw — will examine Bruszewski’s groundbreaking moving image experiments in perception, Wojciech Bruszewski sadly passed away in 2009, leaving behind a fascinating body of work. Alongside his fellow ‘structural rebels’ active under the umbrella of the Workshop of the Film Form at the famous Film School in Łódź in the 1970s (including Józef Robakowski and Paweł Kwiek), Bruszewski’s investigations into various dimensions of reality and perception left an immense imprint on Polish experimental film in the decades to follow. A compact yet comprehensive presentation of the most important avenues of his moving image practice, the Tate’s Across Realities programme aims to bring the artist’s transcendental and all-embracing artistic approach closer to a London audience and bring about much deserved critical and institutional recognition of these important works.

Followed by a panel discussion about Bruszewski, his contemporaries and his exchange with British structural filmmakers.