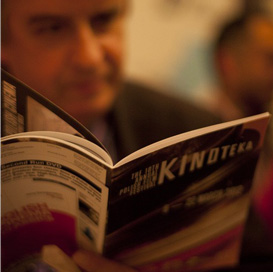 This year the Kinoteka Polish Film Festival enters its second decade of UK-wide Polish film extravaganza, which, despite our maturing years, we’re celebrating with a line up as fresh-faced and exciting as ever, including restored Wajda classics, live psychedelic film scores and challenging new works of brave ideas and sexual exploration. 2013 also sees Kinoteka get interactive with film workshops for all ages and a brand new national film competition, not to mention a mouth-watering accompaniment of Polish culinary delights, and much much more.